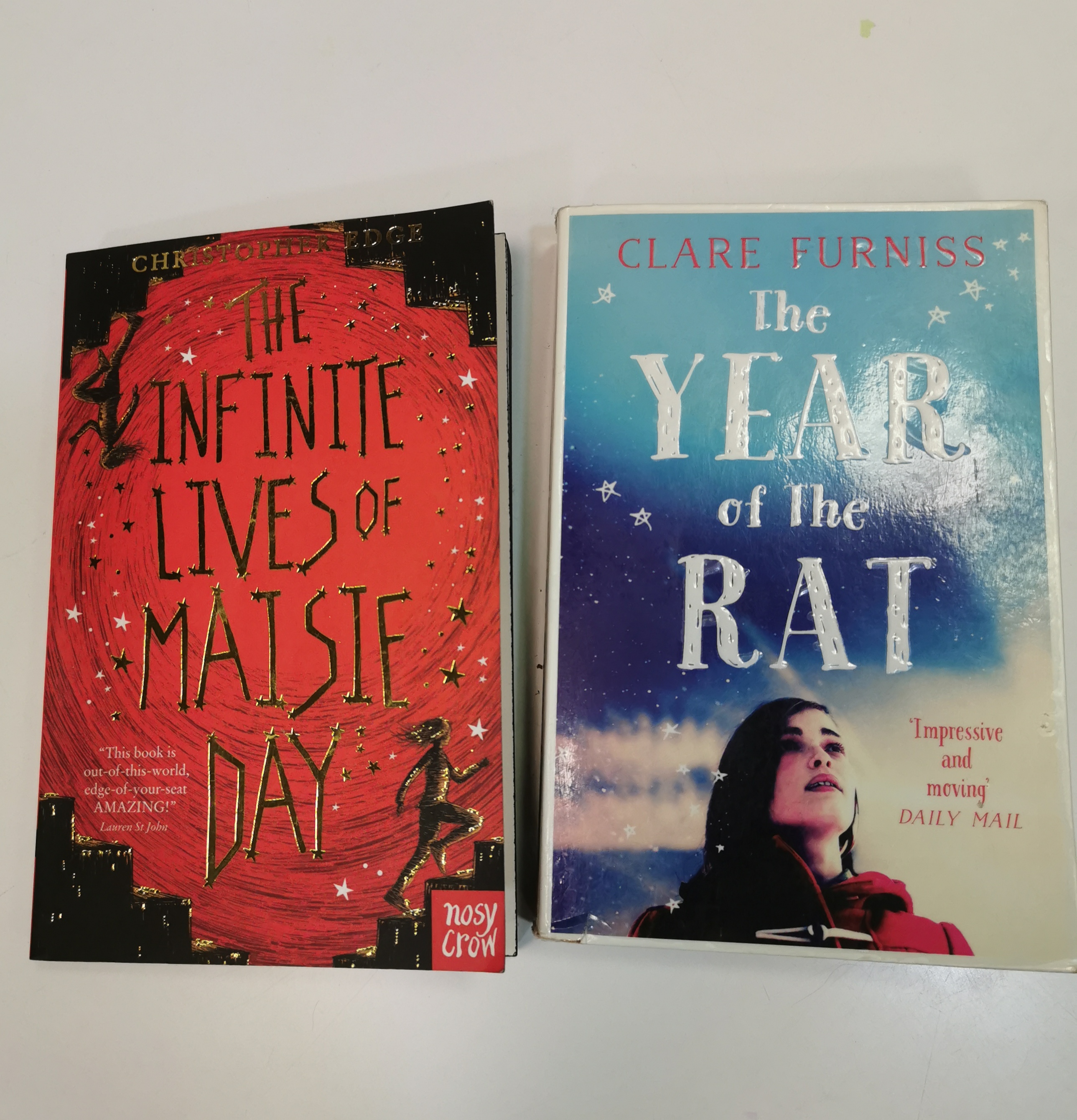 By Kirsty BowersMarch 18, 2020No Comments

The Infinite Lives of Maisie Day by Christopher Edge
Maisie has an amazing scientific mind so it goes without saying that for her birthday she is hoping….really, really hoping….that she will get all the things she needs to build her own nuclear reactor. Of course she is!
But on the day of her birthday, despite the brilliant warm sunshine all is not what it seems. Trapped in an ever-shifting reality, Maisie will have to rely on the laws of the universe and the love of her family to save her from the terror that unfolds.
Nominated for the Carnegie Medal, Christopher Edge’s book has been described as a book with a ‘big brain, big laughs and a big, big heart’. An excellent and intriguing read for 11 – 13 year olds.

The Year of the Rat by Clare Furniss
Pearl’s half- sister, Rose, is born too early. Pearl’s half-sister was the cause of her mother’s death. Pearl’s half-sister has turned Pearl’s world upside down. Pearl hates Rose. Rose is the Rat.
Unable to bond with her new sister, Pearl takes us on a moving and achingly sad journey in the month’s following her mother’s death….her grieving, her anger and confusion, the breakdown of the friendship with her best friend, a new love…..and there amongst it all is her mother ( at times). Her mother continues to support and encourage her until the time that Pearl can finally accept that her mother has gone, she has a sister to care for and that life goes on.
Described as ‘beautifully written with a dry sense of humour’ and ‘incredibly gripping, enormously moving’ it is a fabulous read for children aged 13+