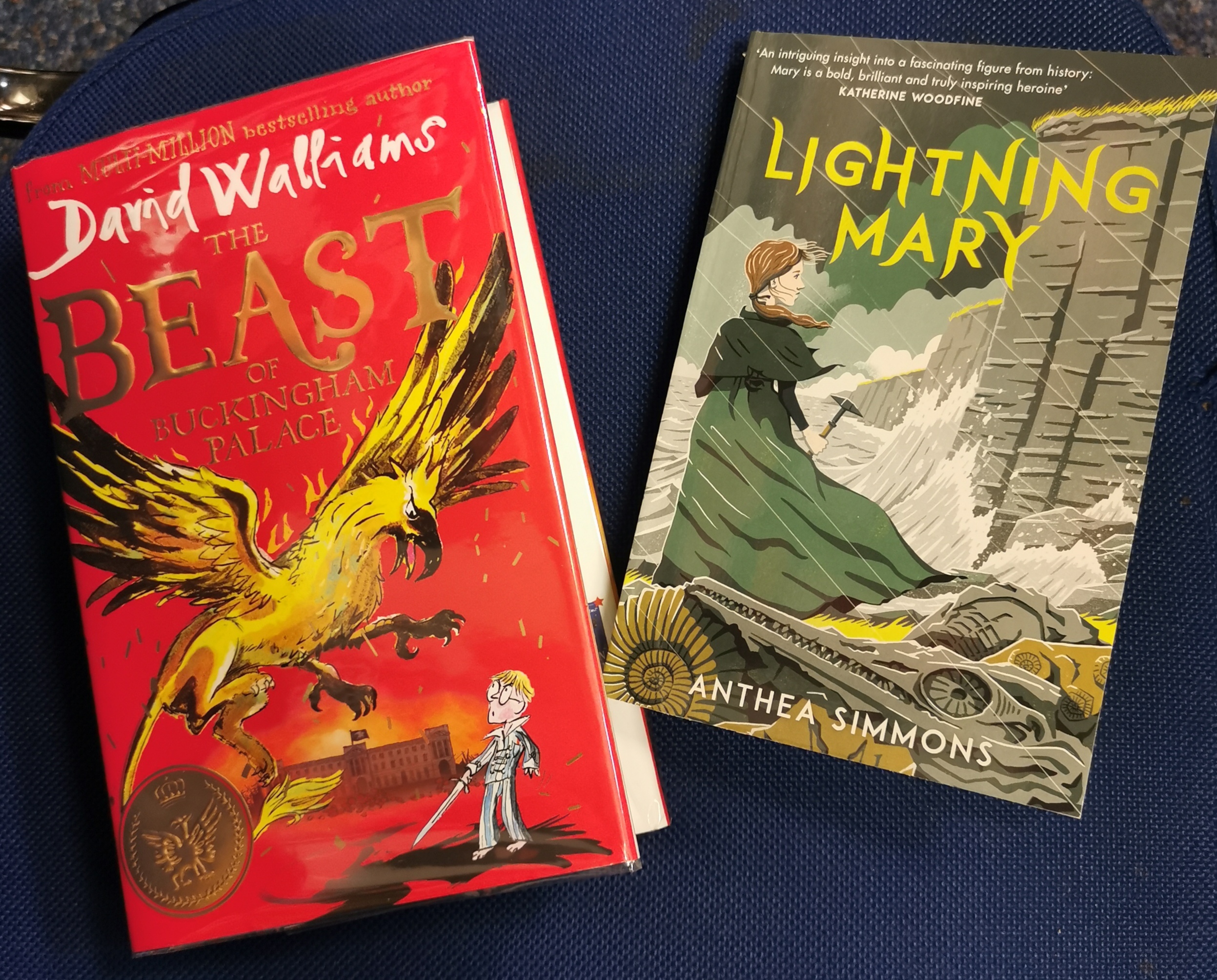 By Kaya Roddick February 5, 2020 No Comments

The Beast of Buckingham Palace by David Walliams

It’s 2120 and London is not the place it used to be – it’s dark, in ruins and the people are hungry and ready to revolt.  However in Buckingham Palace lives young Prince Alfred who is a sickly and bookish child, knows nothing of the outside world but all that is about to change when his mother, the Queen is captured and taken away. The Prince sets off to rescue her which brings him into contact with a wide range of interesting, wacky and, at times, scary characters and takes you, the reader, on an adventure full of myths and legends and downright silliness! Walliams uses the talented Tony Ross to bring his book alive with excellent illustrations and lots of sound effects – THWACK, THUD, CLANK – ! Fans of Walliams will love his latest adventure and those new to him as a storyteller will enjoy discovering another side to him

This is the true story of Mary Anning who having survived a lightning strike goes on to become a talented fossil finder in 19th C England. Growing up on the Dorset coast, Mary follows her father in the perilous hunt for valuable fossils along the beach – searching for ancient and sought after creatures turned to stone. But tragedy and despair are never far away and everything and everyone seems to be against Mary as she fights to fulfil her dream of becoming a scientist – a great challenge, if not impossible for women in the 1800s. Despite all her great finds, Mary was never given any recognition in her lifetime at a time when the world of science was completely dominated by men. This is an ‘intriguing insight into a fascinating figure…a bold, brilliant and truly inspiring heroine’